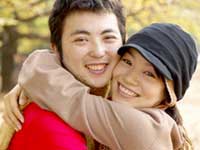 Nice teens don't" and "why should you?" days have gone by; today you really need to know a teenager's trauma. Contraception is an access to save children lives, reduce the need of abortion and overall improving individuals reproductive health says reetu, mother of two kids.

Late night parties, dating together and all vogues movies have been corrupting the culture. In a recent survey, it was seen that there were 47 percent cases in which teenagers became pregnant in School. Although, 73 percent had used contraception in the cases they were not well aware about its proper usage. It is quite unusual; in a world where science has started cloning human beings, we still have the misuse of pill and are unaware that being sick or using antibiotics can have an adverse effect.

So, what are the effects really of not using contraception? Well! To start with, teen pregnancy and unsafe abortion, when the teenagers realized it is often late. They may then have spontaneous abortion, uterine prolapsed and cervical campus over dilation to the core. In a survey that was conducted in Australia, it was seen that almost 1500 girl's aged between 18 and 19 got pregnant. The serious aspect was that they hardly knew what contraception was and were hardly serious about it, resulting in an unplayable sex.

This is India I know, and I am also aware that sex education is considered as a taboo here. Reetu, acknowledges that her parents were too skeptical about it- getting a guy in the house was tough enough; forget about discussing sex with them. She finds that restrictions laid by the parents seem to be very tough for a teenager to abide by; overall they do not seem to disclose it. This is bad according to her and she is not going to do the same to her kids.

How many parents in an Indian society would approve of their girl accepting that she had sex, and was now pregnant? This would demonstrate chaos in the house and instead of making her understand the elders might bark on her. Therefore, the next time a girl does it again, she does it knowingly and has a reason to explain. There is one instance in Pune, where a girl committed suicide because she probably had no faith in her parent's attitude of trusting her when the time came to talk about backing her. Education therefore is necessary and the age-old difference gap of a Parent -Teenager has to be crushed for.

The government has to play a pivotal role in it. Well! to start there has to be a new-written syllabus in which specifically "sex-education" should be given priority. Usage of condoms, contraception pills, the ill effects of it should be in the text and should be taught by an experienced faculty. She cites the advertisement of AIDS in Mumbai, in which "Balbir Pasha Ka kya Hoga?" has created a huge impact to the people. However, all said and done, is the Indian society ready for this plunge, well there is a big question mark?

Man who is primarily responsible for this stage seems never ready to accept this. Why cannot a man take the equal responsibility and take contraception pill? She feels that there has to be some emotions between two persons, when they sleep together. In addition, yes! If a man can have sex with a woman, he should be ready to take the pill causing unnecessary qualms. Thus, maybe it is like a utopian scheme, if not a wild goose chase. In a country, where every millisecond a new life is created how can a man be so hesitant in taking the step.

Women of Gopallapalli, a southern village in Andhra Pradesh, ranging from 13-40 years has started sterilizing as an easy means of ending their fertility. They enjoy their status as they can freely roam in the non-free space, having lot of prestige and authority.

She feels the younger generation of Bangalore growing up in a pub atmosphere and late night parties cannot be stopped from having sex, because they are very well aware of the consequences and still bent on doing it. Maybe becoming harsh will not be the coolest remedy, what can be done is making them aware of it through textbooks.