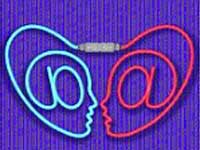 Popular social networking sites like Facebook and Twitter have been blamed for the rise in cases of sexually transmitted diseases. STD like Syphilis is on the rise as members opt for unprotected sex with the partners they meet over the Internet.

Official figures shows a four-fold increase in UK for the potentially-lethal cases of Syphilis.

"There has been a four-fold increase in the number of syphilis cases detected. More and more young women are being affected," says Prof. Peter Kelly, Director, Tees Public Health.

In a survey, Prof. Kelly found out that most of the people who report with such diseases had met partners through the networking sites.

Online dating is making it easier for people to meet up for casual love. There is a rise in syphilis because people are having more sexual partners than what people had 20 years ago.
As far as using protection is considered, most people do not use condoms. It is not that people are not aware, but the causal sexual act is translated in their casual attitude.

While the highest rate of women affected age between 20-24 years men are usually between 25-34 years.

A spokesperson from one of the social networking sites said that users should take "precautions" and be on their guard while meeting with anyone they encountered online.