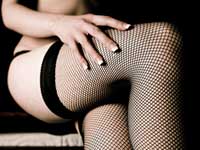 British women are passionate about pleasuring themselves. According to the latest UK survey, women's practices and attitude towards life have changed since the past few decades and now women take it on themselves for solo action.

1000 UK women aged between 18-30 were quizzed by the Gossard Big M Survey about their sexual habits and attitudes, and it was found that two-thirds of the Brit women found time for four sessions every seven days.

The survey revealed 92 percent of women touching themselves this year compared to 74 per cent in 1979 and 62 per cent in 1953. "It's no wonder more and more women are self-pleasuring when you look at how liberated we've become in other areas of our lives and the shot of mood boosting hormones orgasm gives us," the Sun quoted leading woman's coach, Jessica Chiver, as saying.

"One of the best things about pleasing ourselves is that it gives us more confidence when we're intimate with our partners - we communicate better and feel more satisfied which is good for everyone," she added