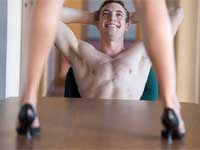 Jaipur: While most of us enjoy cow"s milk every day, many people in Rajasthan prefer drinking camel milk. The reason being, apart from its other health benefits, camel milk can also be beneficial to check impotency.

And, in view of its scope in the Indian market, Rajasthan Milk Federation (RMF) recently launched sale of camel milk in tetra packs, which are presently available at the Saras Milk parlours in Jaipur, Bikaner and New Delhi.

Customers, who are aware of the medicinal values of camel milk but had no access to it in urban areas, can be noticed rushing for camel milk at RMF's Saras outlets. The reason being apart from providing nutrition and countering impotency, camel milk can also benefit the diabetics, if taken regularly.

According to the Rajasthan Milk Federation officials, the product is gaining popularity in the national capital, Delhi, with each passing day.

"We were waiting for camel milk since a long time. We read a lot of articles on it and also read about it in the encyclopedia. We heard it is good for diabetic and improves a man's health. I liked the taste and it costs just rupees 20 per litre. It is available now and the taste is natural. I advise all diabetic patients to consume this milk and also those ones who do not have any disease," said V P Sharma, a consumer of camel milk from Saras Milk Parlour.

Elderly persons, especially from rural areas of Rajasthan, also say that camel milk has medicinal values that enhance male potency. They contend that a camel survives on all types of fodder right from bushes on the ground to the leaves atop a tree. As such the milk is enriched organically.

"I have been drinking this milk and I am over 80 years old and still fit. One can stay physically fit and become strong by drinking camel milk. It is a very good and disease resistant. It is organic like all other natural products," said Damuram, a villager of Rajasthan.

Although the first month of the project is on experimental phase, the RMF has been able to sell nearly 1000 litres of camel milk on an average day.

It is estimated that around one lakh litres of camel milk could be collected daily from across Rajasthan and RMF has already assessed the great potential in this sector.

Increasing instances of impotency among men has also been another factor in favour of the mass consumption of camel milk.

"The initial response was from those consumers who had diabetes and middle-aged customers, to increase their virility. We need to have consumer surveys. We have plans to increase more supply in the market," said Madhukar Gupta, Managing Director, Saras Dairy, a unit of RMF.

There are six types of fatty acids found in camel milk, including lanolin acid, which is effective in controlling wrinkles as well as improving skin tone.