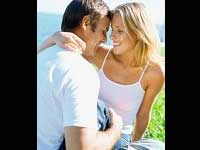 Some women might share their fantasies with their partner but not all. Hence a man find it tough to understand what are his woman's fantasies.

So, next time when you wonder, what is that your girl, day dreaming about? Those dreams could have some of these fantasies. Here, I would pen down some of the most craved sexual fantasies of women.

2.Dominating a man : Women love to dominate their man in very creative ways. They want their man to be a slave at that time. Women engage themselves in activities like:

3.Group Sex : Some women love to be exposed in front of people who are equally exposed like her and have foreplay, penetration etc. This fantasy may not be welcomed by every women, as I mentioned earlier, this excite some women.

5.Forceful sex : Although this sound like making a woman have sex forcibly, it really doesn't mean using your force on her. Women dream of being tied down and penetrated.

Although most of the women leave their fantasies just in day dreaming, some crave to make those dream come true. When you compare the intensity and depth of sexual fantasies between men and women, it's seen that women has the most crazy sexual fantasies ever. Don't forget the fact that sexual fantasies are a part of healthy sexual life.