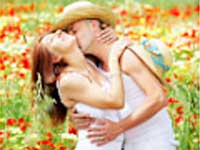 The girls belonging to the age of so-called 'Swinging Sixties' were well known for their then fashion trends including mini skirts, the Rolling Stones and drugs. But their next generation, or the girls of these days, have more sexual partners, when compared to the girls of 1960's, says the studies.

Today"s young women have slept with three times as many men as girls of 60's. Despite the image of practicing free love, the average 24-year-old woman in the 1960s had 1.72 sexual partners where as today's women of the same age have an average of 5.65 bed partners, which is more than her mother who is likely to have had 3.72 partners.

This change increases the sexual health risks for women. The cervical cancer rates in women under 25, have not decreased over the past decades despite better screening. A main reason for this is the increasing number of sexual partners, says the experts.

The study is conducted by the renowned chain, Lloyds Pharmacy. The chain is promoting a campaign for women to get a vaccine against HPV( the human papilloma virus), which is a sexually transmitted infection and a major cause of cervical cancer.

'Vacation Lovemaking' To Spice Up Your Love Life