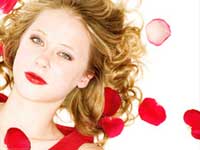 'Wine and women get better with age', and rightly so. According to a new UK survey, women feel the sexiest is 34. The poll, which was commissioned by moisturiser brand Astral, also found that middle-aged women have half as much sex as they did when they were younger.

However, 56 per cent of the 1,031 quizzed said that they enjoyed sex now more than they did when they were younger. The study, which asked ladies about their sex lives, discovered that on average women aged 45 to 60 have sex 4.5 times a month, compared to 10.4 times a month in their 20s and 30s. When asked at what age they had felt most sexy, the average was 34.

"Many of us make the assumption that older people have less sex than the young, and this research appears to confirm this. However, it does show that women are still enjoying great sex lives as they get older," the Telegraph quoted sex and relationship advisor Dr Catherine Hood, as saying.

"Women's sexual needs, libido and lifestyle change over time, but there is absolutely no reason why older women can't enjoy an extremely fulfilling sex life in their middle age and well into their senior years.

"The fact that over half of those quizzed said they had better sex now than in their 20s and 30s suggests that these women are more confident and self-assured than they were in their younger days and aren't afraid of getting what they want," she added So, if you wondered what attracts a man to an older woman, you know the answer now, it all about feeling sexiest at 34!!