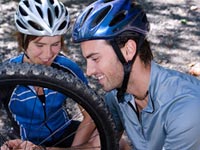 An interesting claim by a British politician says that voluntary work enhances the sex lives of young people. According to Tim Loughton, Tory MP and Shadow Minister for Children, &ldquo;We are all well aware of the excellent work voluntary groups do to promote social cohesion and to engage young people in their communities, and of the excellent qualities volunteering brings. It promotes self-esteem and a survey showed 17 per cent of 18- to 24-year-olds said volunteering had improved their sex lives," the Telegraph quoted him as saying.

However the politician has drawn much criticism from the various volunteer programmes, who believe that he is trivialising the contribution of volunteers. A spokesman for Project V, a youth programme at the University of Sussex said: "Students have identified a variety of reasons for wanting to volunteer, from wanting to make a contribution to the community to having fun doing something other than studying. &nbsp;

"Improving their sex life has never been raised as a motivating force to volunteer. "It seems a strange and inappropriate question to ask people in the first place, something which trivialises their motivations and intentions behind volunteering.

"It is also questionable as to how engaging in volunteering can impact upon somebody's sex life," he added.

Later, Loughton, the MP for East Worthing and Shoreham defended himself by claiming that he used 'sex' as the ploy to grab attention, &nbsp;"It was a very noisy House and I mentioned it as a device to grab people's attention," he said. AGENCIES