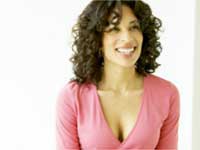 Plucked eyebrows, exposed cleavage and a cheery smile these are some of the signals which can help make out whether or not a person is a narcissist, experts have found. According to the study, observers are quick to pick up on such signals and use them to categorise people at a glance.

The psychologists believe that such accuracy and speed of detection may have evolved to allow people to steer clear of narcissists and thus avoid the downsides of their behaviour, which include self-deception and a lack of regard for others. The findings emerged from the first academic investigation into the physical appearance of narcissists.

"We found that narcissism does have a distinct physical signature, and can be detected from physical appearance alone," Telegraph quoted Dr Peter Rentfrow, a psychologist at the University of Cambridge, and one of the team that carried out the study, as saying.

"Narcissists tend to be quite charming initially, but once you get into the relationship you realise your attempts to do something other than what the narcissist wants are foiled," he added.

The research involved 160 young men and women at the University of Texas who each asked three people they knew to provide a rating of their personality. They also completed a battery of personality tests, and then had their full-length photograph taken.

A panel of people was then asked to guess the personality type of the people in the photos. The researchers compared their guesses with the actual personality of the individuals as assessed in the tests and by their friends.

The results show that the rating panel was able to spot narcissists with a high degree of accuracy. The giveaway clues were a neat, organised and attractive appearance; stylish and expensive clothes; and a cheerful demeanour.

For women, key markers included showing cleavage, having plucked eyebrows and wearing make-up. For men, a muscular physique was rated as a key indicator, whereas wearing glasses was a sign of not being narcissistic.

Lovemaking in space is inevitable