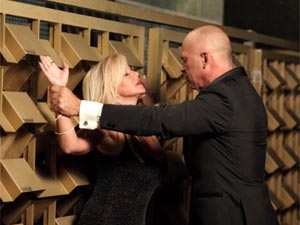 Dark fantasies are not the solo premise of men. In fact psychiatrists believe that women can be aggressive beyond imagination when it comes to sensuality. While man's fantasies are predictable and raunchy, a woman hides a really wild fantasy in the depth of her heart. It is such a dark fantasy that she guards it with all her might. That much coveted fantasy is believed to be a rape fantasy. Shocking isn't it? But it is a secret told and retold for many generations.

Men may find this concept totally confusing and false in the context of the modern day independent woman but nature is hard to change. Here are some plausible explanations for this violent thought.

Why Women Have Dark Fantasies?

Lovemaking ideas of two individuals rarely match, so not every woman or man may agree with these points about the dark fantasies we have.