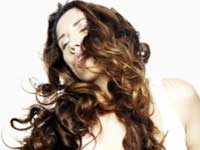 The sexual activity among middle-aged and elderly women is not only controlled by the age. It is also affected by the partner's health and his interest in lovemaking. In contrast to the common belief many middle age women are sexually active and possess a moderate sexual desire in their middle ages.

The study appears in Journal of the American Geriatrics Society.