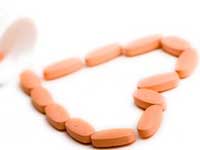 New research conducted by Queen's researchers has given fresh insights into why Viagra may be the panacea for many health conditions, including heart attacks and strokes.

Lead researcher Donald Maurice, a professor of Pharmacology and Toxicology, says that the fresh insights his team has gained into how the erectile dysfunction drug&mdash;also used to treat pulmonary hypertension&mdash;inhibits an enzyme called PDE5 lead them to this conclusion.

"As scientists, we're excited about this discovery because it's a fundamentally new approach to regulating what enzymes do in cells. The fact that it also offers a potentially novel use of a drug already widely in use for other applications is an unexpected bonus," says Dr. Maurice, a Career Scientist with the Ontario Heart and Stroke Foundation.

The researcher says that the enzyme his team targeted is known to regulate the activity of platelets: small blood cells needed for normal blood clotting.

A research article in the online edition of the journal Proceedings of the National Academy of Sciences (PNAS) says that problems can arise when people have stents permanently implanted in their arteries to maintain blood flow.

Their platelets sometimes bind to the stent and, if enough platelets accumulate to form a blockage, this may cause a sudden, massive heart attack or stroke to occur, the article adds.

Lindsay Wilson, a PhD student in Pathology and Molecular Medicine and first author on the study, says that drugs like Viagra inhibit PDE5, but it has not been possible so far to isolate the small "pool" of activity within the cell where occurs.

In their latest study, the Queen's researchers have shown that within each cell, there are two different pools of the PDE5 enzyme, but that only one of them regulates platelet activation.

"Understanding how the cell works should allow us to affect the activity of enzymes in one neighbourhood - and leave alone their 'identical twins' in a different neighbourhood in that cell," says Wilson.

"The idea is to use a PDE5 inhibitor such as Viagra selectively to inhibit platelet function. We now know that not all the enzymes in the cell are doing the same job. Just like in real estate, it's all about the location!" she adds.