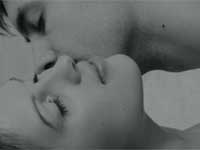 Growing prevalence of oral sex may be leading to an increased incidence of throat cancer, according to a new study. In the study, a virus called human papillomavirus (HPV), contracted through oral sex, was found to be a much stronger risk factor than tobacco or alcohol use.

With 6,000 cases per year and an annual increase of up to 10 per cent in men younger than 60, some researchers believe that the HPV-linked throat cancers could overtake cervical cancer in the next decade.

"It's almost a new disease, in a sense. It's now becoming a dominant sub-type of the disease that we see in our clinic," The Age.com.au quoted Dr Ezra Cohen, an oncologist at the University of Chicago Medical Centre, as saying.

The HPV infections likely took root decades ago as the Baby Boomers were reaching adulthood, and only now are spurring a rise in throat cancer cases, mostly among men and women in their 50s.

Experts suspect that the reason behind the increase is the changes in sexual practices that emerged in the 1960s and '70s. Dr Maura Gillison, a professor of oncology and epidemiology at the Johns Hopkins Kimmel Cancer Centre, said: "Those people were in their teens during the sexual revolution, so they may be leading the wave."

Just a decade ago, doctors believed nearly all such cancers were linked with smoking or extremely heavy drinking. However, last year, Gillison's team published a major study that found stark differences between the risky behaviours of throat cancer patients with HPV and those without.

The HPV-positive cancer patients tended to have had higher numbers of sex partners than the others and were far more likely to have had multiple oral-sex partners. For the study, Gillison's group tested hundreds of head and neck tumors that doctors began saving in the early 1970s, long before anyone knew such cancers might be linked to HPV.

The work showed that the number of HPV-positive tumors increased by about 1 per cent a year on average, though the trend has quickened in the last decade, especially in men younger than 60. Scientists aren't even sure yet whether the virus might be spread by kissing, though data suggest oral sex is a major route of transmission.

Swollen Testicles - A Cause Of Concern