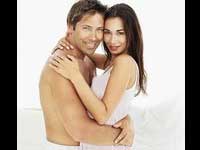 There are certain things like comfort level or compatibility level that binds your relationship with a particular person. Although you are in a relationship, in your life time, you would have come across times, when you have felt good about someone else. You might have also thought of having a one night stand with him or her. Now don"t raise your eye brows, chill! It"s absolutely natural, either you are a woman or a man.

In order to have a successful one night stand, the first and foremost thing you should have is immense confidence. If you are a scary poo, I would suggest you not to go for it. Although men find this task pretty easy, women has problem in making the smart and right moves to have that ecstasy filled night. I would put down here some useful tips for women to push their one night stands.

Yeah, you are all set to have that moaning, ecstasy filled night. In the rush of excitement don"t forget to use proper contraceptives, in order to avoid unwanted pregnancy or sexually transmitted infections (STI).