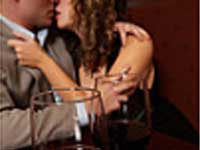 One of the major concerns is the rise of unprotected sex, have added to itself a new survey. Recently a survey done on 3,000 people has discovered that 13 percent of men had unprotected sex with multiple partners, compared with 7 percent of women.

This practice as an outcome raised the alarm of increase in sexually transmitted diseases. But it was also noticed that men were reluctant to undergo the chlamydia test, unless they showed symptoms.

The study reveals that 13 percent of men who bought chlamydia tests from its online doctor service tested positive for chlamydia compared with just 6 percent of women.

Clare Kerr, head of sexual health, shows concern over the reluctant attitude of men, as these kind of diseases, may seem to be innocent in the beginning but can take an ugly turn if not treated on time.

She added: &ldquo;This is particularly worrying as many STIs don"t have obvious symptoms, so men could be putting themselves and their partners at risks by delaying tests."

The only way to prevent oneself from STD, is to follow safe sexual relations and avoid multiple partners. The present pleasure can be tomorrows curse.

The Art of Lovemaking and Sex

How to Perform Well in Love Making