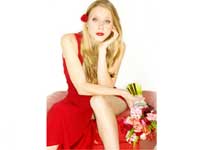 The one who said sex is all about love, certainly has been long proved wrong, but astonishingly it is not just about lust as well, its because women are bored that's why they have sex, says a study.

Its not for love or passion, but women now have sex for relieving boredom, sometimes its out of pity for a man or some do it just for getting that gloss back on the skin. Cindy Meston and David Buss in "why women have sex" speak about some 200 reasons as to why women have sexual intercourse.

But what might really affect the handsome men would be that attraction ranks way down in the list, and women go to bed with their partners just to kill boredom, and even as a thank you gesture for a nice dinner.

As part of the research, some 1,006 women were interviewed, whose answers just might astonish some, while some may find a need to recheck their assumptions.

"I have sex to relieve the boredom. Because it's easier than fighting. Plus it gives me something to do," said one of the interviewee. While some 84 per cent admitted that they had sex to ensure a quiet life or to bargain for their partners to carry out household chores.

Amusingly, one participant revealed that she did it for a spiritual experience, as she thought it to be "the closest thing to God". Others listed "cure for stress headache", "to make my sexual skills better" and "for a clearer complexion".

While one said, "I had sex with a couple of guys because I felt sorry for them."

One of the surveys carried out by the authors revealed that one in ten women admitted having sexual intercourse in return for presents, or lavish meals. Responses included "he bought me a nice dinner" or "he spent a lot of money on me early on", "he gave me gifts early on" and "he showed me he had an extravagant lifestyle".

Why Do Women Have Lovemaking?