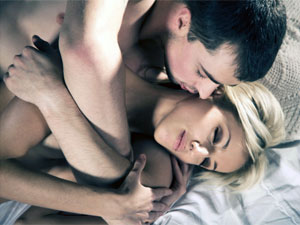 Once you get married the license to make love opens and you are free to have to do with your wife/husband. Marriage is about the commitment to experience life together in intimate partnership. Within this framework lovemaking can become the ultimate union of two people. But making love does not always reflect the very cleaner version of what it seems. For instance many men will tell you that they somehow remove their emotions from the bedroom and that getting close is a purely physical act satisfying a need for penetration, ejaculation and stress release. Thus they can go to any extent to feel that fun of lovemaking and be free from the various stress and other problems.

Lovemaking is about being naked with your partner. In the beginning we may take this literally but soon being naked means a deeper exposure. To do this in a real and connected way means that you will feel vulnerable. Thus this can sometimes lead to the beginning of the eroticism in a couple and it is often found that unless and until the act is erotic and desperate it does not satisfy the needs of a man or even a woman. Lovemaking becomes a reflection and expression of the love and playfulness between two people, an act driven less by physical attraction and more by a sense of soulful connection that can also bubble over into fun.

John Donne the famous metaphysical poet wrote on intimacy and his poems reflect the eroticism. In his poem, "The Flea" the "I" of the poem is lying in bed with his lover, and trying to get her to give her virginity to him. While lying there, he notices a flea, which has obviously bitten them both. Since the 17-century idea of sensuous act as a "mingling of the blood", he realises that by mixing their bloods together in its body, the flea has done what she didn't dare to do. Then, he argues, since the flea has done it, why shouldn't they? To back up his argument, he refers to the marriage ceremony, which states that "man and woman shall be one flesh". He argues that since they have mingled their bloods and are therefore "one blood", they are practically "one flesh" and are therefore married!

Not only does that reinforce his seduction argument, but it also provides ammunition for him to defend himself when the female does the next logical thing and moves to kill the flea. Donne argues that by spilling his blood and hers by killing the flea, she is practically committing murder. Not only that, but by breaking the holy bond of marriage she is committing sacrilege!

Thus such imagery can prove that the connotation of lovemaking can be brought to the level of eroticism that is unimaginable. But according to me it is too divinely and imaginative to think about the art of lovemaking in such a way that makes you believe in the way it is. One can reach such a level of desperation that he might treat his wife as a prostitute and go to the level of torturing her. He might bite her, scratch her and do certain things that might quench his hunger and even in some cases the partner might love it. So in a way eroticism in sex is nothing bad according to me and it is a truth that happens in everyone's life.