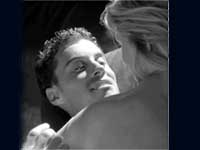 There are many contraceptive methods that are wide popular in the recent days. A recent study states that he old "pullout method", pulling out just before ejaculation, works nearly as well as condoms in preventing pregnancies.

The male partner should be ready to withdraw before ejaculation every time a couple has vaginal intercourse. In that case the chances for pregnancy is only four percent compared to other contraceptive methods.

There are some arguments against the pull out method also. More realistic estimates of typical use indicate that about 18 percent of couples will become pregnant in a year using withdrawal.

These rates are only slightly less effective than male condoms, which have perfect- and typical-use failure rates of 2 percent and 17 percent, respectively.

The study, titled "Better than nothing or savvy risk reduction practice? The importance of withdrawal," appears in the June edition of the journal Contraception.