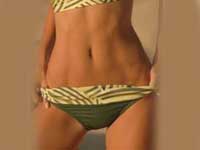 As more and more women are aware of their rights to sexuality, it has led to an increase in the attempts to improve the female sexual health.

Cosmetic vaginal surgeries, which include making the external appearance more &ldquo;attractive" and reshaping the vagina to counter laxity after childbirth, are of dubious nature, claims a leading urogynaecologist.

While speaking out against the growing popularity of cosmetic vaginal surgery, Professor Linda Cardozo, of King's College Hospital, London, has said that little evidence exists to advise women on the safety or effectiveness of procedures.

A Google search showed over 45,000 references to cosmetic vaginal surgery, yet on medical databases such as PubMed or Medline there were fewer than 100. Professor Cardozo said the most established vaginal cosmetic procedure was reduction labioplasty, a procedure to make the labia smaller, which is requested by women either for aesthetic reasons or to alleviate physical discomfort.

"Women want to emulate the supermodel. It's part of a trend. But they should know that all surgery can be risky. Most of the procedures are done in the private sector and it's totally unregulated," BBC quoted Linda, as saying. The exact numbers of procedures carried out are unknown.

There was little evidence that "vaginal rejuvenation" the surgical repair of vaginal laxity, with a price tag of about 3,000 pounds improved symptoms and was any better than doing simple pelvic floor muscle exercises. In her presentation at the Royal College of Obstetricians and Gynaecologists 7th International Scientific Meeting, Professor Cardozo said: "Cosmetic vaginal procedures raise a number of serious ethical questions. "Women are paying large sums of money for this type of surgery which may improve the appearance of their genitalia but there is no evidence that it improves function.

Whatever might be the facts, it is the responsibility of the gynecologists and the surgeons to be able to promote the pros and cons of the treatment to the women properly.

Ten Things You Didn't Know About Men And Lovemaking

Swollen Testicles - A Cause Of Concern