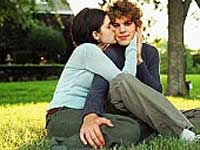 Unusual but true, people find the most uncanny places to make love and to make out. For instance public places are not at all welcoming. Get a room and be up to the world's mischief , but don't take this part of your love into the outer side of the world. First and foremost, there is no privacy, second of all there is a lot of eye gapers and mouth droppers looking at you. Have some respect for the love that you share and honour it within four walls only.

These days the youth do not have the respect for the sanctity of marriage, they all believe in pre marital sex, which is not a good way to follow in one's life. Where have the days gone when we believed in making love only on the 'First Night' or on your honeymoon? There is no stop to these youngsters these days, they are going to such drastic stages that no one can stop them and even when advised they care a damn.

Most of the parents would agree with me that now a days youngsters have become so involved in the term 'Sex', they feel it is a must thing to do in every relationship that they are in. Making out was first introduced where only kissing, and feeling up each other was involved,but today we see more than that , they take advantage of the ipill thinking it ain't dangerous but how much do they know of danger? If at all they knew , cases of teenager pregnancy wouldn't be so common today.

Talking strictly about places where people make love and make out is hilarious. In fact public places like theatres, parks, cemetery too .What has gone in to these kids that they feel these places are the worlds greatest areas to pull down your pants. What about humiliation, your respect, your pride?Wouldn't you want to keep all of that?

Give this a little thought, if you are caught making love with your boy friend or girlfriend in a park and your folks or relatives walk by, what would you do? Still thinking? this is in no way acceptable to any elder and getting caught for this reason will only leave you scarred for the rest of your life.

Although some parents wouldn't mind their kids having affairs like this , provided they use protection. Still many wouldn't agree to this kind of love where pre marital sex is involved, it seems uncultured and totally inappropriate.

If you are so involved in sex and think its the best thing that will make your love or friendship grow stronger, try places where only the both of you can be in your own limelight instead of being under the limelight for a wide audience.