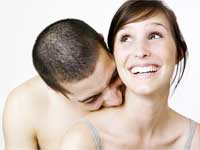 A revelation, one of its kind. A new study on human sexual behaviour finds that indulging in a physical relationship without the use of codom's is good for mental health. Psyched? Well, that's precisely what the study says.

The study, however, says that the same is valid only for heterosexual sex, and if done, the same can actually boost one's mental well being - be it the men, or the women. According to one of the researchers behind the study, mankind is biologically programmed to enjoy unprotected sex because it gives couples an evolutionary advantage and maximises the chances of reproducing.

Using evolution as the mode of explanation, one of the researchers explains: "Evolution is not politically correct ," the Scotsman quotes Brody, as saying, "So of the very broad range of potential sexual behaviour, there is actually only one that is consistently associated with better physical and mental health and that is the one sexual behaviour that would be favoured by evolution."

To reach the consensus, the researchers studied the sexual behaviour of 99 women and 111 men in Portugal using a set of questionnaires. The questions asked were mostly about their physical relationship and contraception use. Using a measure of psychological health developed in Canada, Brody concluded that condom use was linked to members of the sample who exhibited problems dealing with stress.

He found that those who had unprotected sex appeared to be able to deal with stress in a more mature way by taking effective action. They also had better mental health.

Needless to say, the conclusions have been criticised by sexual health campaigners, who warned that unsafe sex leads to unwanted pregnancies and diseases.

On this, Tony Kerridge of Marie Stopes International, one of the leading sexual health and reproductive health organisations retorts: "I would have thought that the mental health of anyone would be tested if they found out they had a sexually transmitted disease or that there was an unwanted pregnancy. He adds: "Particularly in the case of casual relationships where there is no desire to get pregnant, advice should always be that condoms should be used."