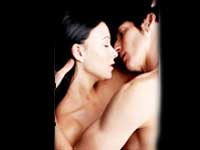 Boys who see pornography are more likely to harass girls and indulge in acts of casual lovemaking.

According to a survey to study the harms of pornography exposure among children and young people, it was found that male kids who watch X rated films or clips were less likely to form successful relationships when they grow older.

, the Head of the study said that there is compelling evidence from around the world that pornography has negative effects on individuals and communities.

&ldquo;Some people may think adult X rated movies are good as they shape sexual knowledge. But pornography is a very poor sex educator because it shows sex in unrealistic ways and fails to address intimacy, love, connection or romance. Often it is quite callous and hostile in its depictions of women," he added.