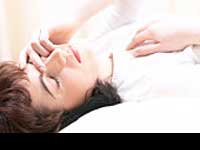 Lovemaking is the best part in a relationship which is shared between two partners who are committed to each other.

It is common that most women orgasm during the art of lovemaking while their man ejaculates in pleasure.
There are certain facts about the female orgasm that many women do not know about.

1.It is said that when a female orgasm happens the woman feels pain . However this is true because the woman feels the pleasure pain as many would call it. The orgasms and pain is caused by the same part of the brain so therefore many look like they are in pain when they are going through orgasms.

2.To relieve headaches all a woman has to do is to get turned on. A known facts of female orgasm can relieve any type of pain too. Even dreaming about sexual intimacy can take away a headache.

3.Most women cannot have orgasms. It is however true that most women fail to have an orgasm during the art of lovemaking. Therefore they need to turn to medical assistance.

4.The female orgasm which is said to be the most powerful is emitted from the G-spot. It is intense and very different compared to the normal and regular orgasm.

These are some of the facts of female orgasm which many have surprised you.