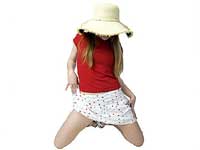 This surely will worry a lot reading this. A new survey says one third of Aussie teenagers have confessed that they have experienced unwanted sex.

The survey by the Australian Research Centre for Sex has highlighted the vulnerability of teenagers, especially girls. What's more to it, is the reason that the survey shows behind teens indulging in a physical relationship. Sexual experiences of the students, the ones involved in the research, were mainly found to be some peer pressure by partners and others were found to be drunk.

One of the researchers even said that the extent of unwanted sex detected in teenagers underscored the need for sex education in schools to better explain links between underage drinking and sexual behaviour that might be accompanied with regret later.

The survey has indicated a healthy awareness of safe-sex messages in teenagers. Condom and contraceptive use was generally high among those who were sexually active. Overall , one fourth of year 10 students, and more than half of year 12 students, said they had had intercourse.

It doesn't end here either. The study finds that about a third of year 10s and almost 60 per cent of year 12s reported having had oral sex. Smith said that it was notable how diverse sexual habits and behaviour were among contemporary youth. On this, he corroborates: 'We are not seeing broad general trends but changes that are gender and year-level specific,' he said.

And 90 per cent of teenagers who were sexually active indicated they wanted to have sex.