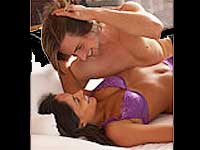 A casual act of lovemaking does not cause emotional or psychological damage in young people.

Young adults engaging in casual lovemaking encounters do not appear to be at any risk of harmful psychological outcomes as compared to sexually active young adults in committed relationships.

While there is no psychological impact, experts warn that the physical risks of casual lovemaking should not be overlooked.

Of the sexually active respondents, 55 per cent reported that their last partner was an exclusive dating partner followed by 25 per cent whose current partner was a fiancee, spouse or life partner.

Although it is said that physical and intimate encounters outside a committed romantic relationship may be emotionally damaging for young adults, the study rejected the common belief. According to the study, there was no difference in the psychological wellbeing of young adults between those who had a casual sexual partner and those who were in a committed relationship.